I work in the field of Classics, which is a shorthand for the study of the cultures of ancient Greece and Rome. My main areas of research have hitherto been ancient drama, mainly Greek but also some Roman, and more recently ancient science and technology. I also translate Greek drama and have worked with a couple of theatre companies on projects. 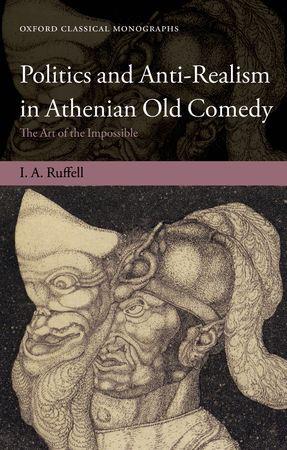 My first (and continuing) area of research has been on Greek Comedy, which was the topic of my first monograph, Politics and Anti-Realism in Athenian Old Comedy: the Art of the Impossible (Oxford: Oxford University Press, 2011). This was a heavily rewritten and expanded (and then shortened...) version of my Oxford DPhil. What I am doing in the book is to explain how comedy makes points (political and otherwise) through non-logical means. Rather than absurdism or impossibility being a reason for dismissing comedy (or humour or satire) from being effective, I argue that it is precisely because of the logical short-circuits of comedy that it is particularly powerful. I explore this through its exploitation of fictional constructs (using possible worlds theory and theory of fiction), through humour and the ramifying cognitive and narrative structures built on humour, through self-reflexivity (metatheatre and metafiction) which is not destabilising but expanding, and though various forms of intertextuality (tragic parody and comic seriality). It is as much a study of comic form as a study of comic politics, but the critical thing is that comic form is a means of political expression.

I continue to work on aspects of comedy, including, with all due sense of irony, on its visual dimension: the exploitation of the grotesque and of audience voyeurism in particular. I have also expanded the focus from the absurd, satirical comedy of Aristophanes and his contemporaries to later Greek comedy (‘New Comedy’, associated with Menander and his contemporaries) and its Roman adaptations (preserved in extant form in Plautus and Terenece). I have even managed to convince myself that they can be (in limited terms) funny. 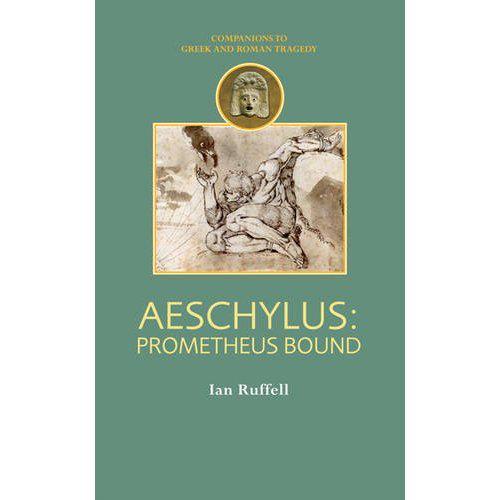 I have also worked on Greek tragedy. In particular, I contributed a volume to the Duckworth (now Bloomsbury) Companions to Greek and Roman Tragedy, on Prometheus Bound, which comes down to us under the name of Aeschylus. Although much of the scholarly attention on this play has been focused on the question of whether it is, indeed, by Aeschylus, my interest in it is again mainly political. It is a stridently political play, in its denunciation of tyranny, in its celebration of sympathy as a political motivation, and in its optimistic view of human civilisation: not eternally failing to measure up to some Fall, but building its own future. This is why it has appealed to romantics (Romantics) and revolutionaries, including Goethe, SHelley and Marx. For myself, I think it is not writing humanity a blank cheque, but is suggestive also of the frailties of political motivation: this is, not least, in its handling of gender.

I will return to tragedy more in future years. I have been intending for some time to revisit the question of how tragedy functions politically as a genre and a form. Despite many fine books on aspects of tragedy's political dimension, there seem to me to be methodological questions unanswered, including the way that the plays functioned ideologically in relation to citizens' lived experience of politics, although a few pieces have appeared here and there on tragedy, including my contribution to a book I co-edited with my Glasgow colleague Lisa Hau, Truth and History in the Ancient World: Pluralising the Past (London: Routledge, 2016).

Gluttons for punishment can see my complete list of publications.

My main focus for the past few years has, however, been on ancient science and technology, stimulated by a research project that I ran on Hero of Alexandria's automata, funded by the Leverhulme Trust. The main elements of this project were to attempt to construct working devices from Hero's instructions in his automata treatise, to provide a new edition and commentary on the work, and to write a general history of automata in antiquity. I am still writing that book, which will incorporate much of the process (as I experienced it) of having the first of Hero's devices, the mobile automaton, designed and built. Related spin-off papers are gradually emerging.

I've also been supervising PhD theses on ancient medicine, particularly pharmacology, something I fell into almost entirely by accident.

Or what is known these days as ‘public engagement’ and ‘knowledge exchange’. I have done various talks for schools and community organisations, and am always happy to do more, but my main area of activity in terms of outreach has been through working on modern productions of ancient drama, mainly working with David Greig. After a productive experience on the National Theatre of Scotland's Bacchae (2007–2008), David asked me to provide the literal translation again for his Suppliant Women (Actors Touring Company, 2016–2018).